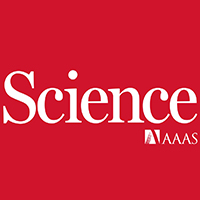 Abstract:收起
INTRODUCTION: In recent decades, the rapid expansion of antibiotic use and intake of high-calorie, low-fiber diets have contributed to disturbances in the gut microbial community, predisposing humans to various diseases such as metabolic syndrome. Although the influence of microbiota on the postnatal environment has been well documented, much less is known regarding the impact of gut microbiota at the embryonic stage. Although accumulating evidence supports the notion of the developmental origins of health and disease (DOHaD), the underlying mechanisms remain obscure. In this study, we explored the impact of maternal gut microbiota on embryonic development and disease susceptibility late in life.
RATIONALE: Gut microbiota–derived metabolites represented by short-chain fatty acids (SCFAs; e.g., acetate, propionate, and butyrate) not only fuel host cells but also serve as signaling molecules between the gut microbiota and extraintestinal organs. GPR41 and GPR43 belong to the free fatty acids receptor (FFAR) family and are receptors for SCFAs. We have previously corroborated the biological importance of FFARs in energy metabolism through interactions with dietary ingredients, as well as gut microbiota–derived metabolites. Gut microbial SCFAs regulate host energy homeostasis via GPR41 and GPR43 in the sympathetic nervous system, adipose tissues, pancreas, and intestine. A recent study further showed that the gut microbiota of pregnant mice influence immune and brain functions of offspring. These findings raise the possibility that maternal SCFAs play a key role in the regulation of disease susceptibility during postnatal life in the context of the DOHaD theory.
RESULTS: We found that maternal microbiota during pregnancy imparts resistance to obesity to their offspring. Pregnant mice were bred under specific pathogen–free (SPF) and germ-free (GF) conditions, after which newborns were raised by foster mothers under conventional conditions to align growth environments after birth. The offspring from GF mothers were highly susceptible to metabolic syndrome characterized by an exacerbation of obesity and glucose intolerance in association with reduced energy expenditure upon high-fat diet consumption during adulthood. A similar phenotype was also observed in offspring from mice fed a low-fiber (LFi) diet during pregnancy. Treatment of pregnant GF or LFi-fed mice with SCFA rendered adult offspring resistant to obesity. SCFA in the colonic lumen of pregnant mice reached the embryos via the maternal liver and bloodstream. Notably, the sympathetic nerves, intestinal epithelium, and pancreas of embryos highly expressed GPR41 and/or GPR43 to sense SCFAs originating from the maternal gut microbiota. Deficiency in embryonic GPR41 and GPR43 signaling compromised energy metabolism because of sympathetic dysfunction and hyperglycemia during the prenatal period. The SCFA-GPR41 and SCFA-GPR43 axes facilitate the development of neural cells, GLP-1–expressing enteroendocrine cells, and pancreatic β cells, thereby shaping embryonic energy metabolism. This developmental process contributes to maintaining postnatal energy homeostasis.
CONCLUSION: We determined that, during pregnancy, the maternal gut microbiota confers resistance to obesity in offspring via the SCFA-GPR41 and SCFA-GPR43 axes. During pregnancy, SCFAs from the maternal gut microbiota were sensed by GPR41 and GPR43 in the sympathetic nerve, intestinal tract, and pancreas of the embryo, influencing prenatal development of the metabolic and neural systems. These findings indicate that the maternal gut environment during pregnancy is a key contributor to metabolic programming of offspring to prevent metabolic syndrome. Thus, the gut microbiota of pregnant mice provides an environmental cue that fine-tunes energy homeostasis in offspring to prevent the developmental origin of metabolic syndrome.